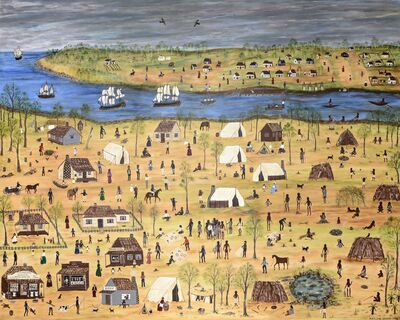 TREATY presents the work of six First Nations artists for whom sovereignty is fundamental to their creative work and lives. With the lens of the here and now and the legacy of the history that has gone before, TREATY presents works to further the conversation and ask, what does this mean? How is it being managed? Is this what everyone wants? TREATY is an exhibition that presents these questions and centres First Nations perspectives and responses through their practice.

TREATY is presented against the back drop of work being undertaken by the Victorian State Government as the state negotiates a Treaty with a number of First Nations clans across, what today is called, Victoria. This will be the first state based Treaty created with First Nations people.